Visitors 588
Modified 7-Feb-08
Created 7-Feb-08
177 photos
During Carnaval, blocos occur all over Rio de Janeiro every day. They consist of a large group of revelers (simply people who live in the neighborhood or just want to come join the fun), a group of drummers, and, at least in the larger blocos, a large bus full of speakers with an MC and other folks on top, and, if you're lucky, a hot samba dancer in front of the drummers going nuts.

This bloco had all the above, in the following order: people, samba dancer, drums, big loud bus, more people. There were many men acting as security who held ropes to keep the people along the sides of the road out of the interior and to keep the crowd that was in front and in back from bleeding into the area with the bus, the drums, and the dancer. If you wanted to be in the crowds in front and in back, you had to buy the bloco t-shirt. People who didn't want to march along with the bloco, who wanted to follow by simply marching along the sidewalks, or who just wanted to see the bloco pass didn't need the t-shirt.

Since I had purchased a t-shirt and had a big camera, I could go wherever I wanted.

This bloco started in Botafogo and moved at a snail's pace for around three hours, ending up at Copacabana. 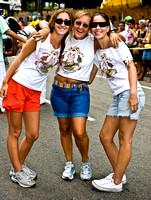 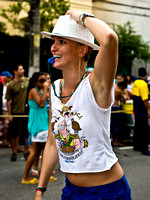 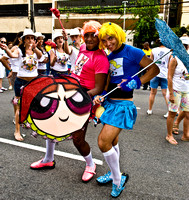 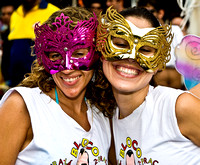 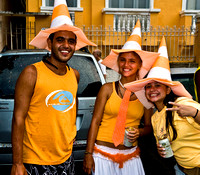 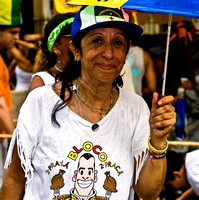 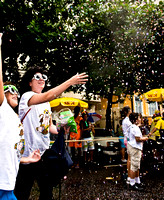 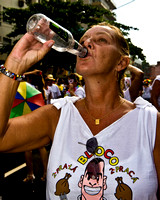 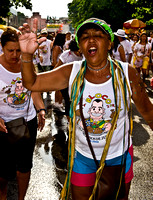