Visitors 58
Modified 31-Jul-07
Created 19-Jun-07
122 photos
The Taste of Tacoma is an annual event which showcases some of the local cuisine. Some of the types of food you'll find there are Caribbean, Thai, Seafood, Cajun, Greek, and, of course, American. This year, the 18th year of the Taste of Tacoma, there were 24 food vendors. You can buy a meal from any of them, depending on the druthers of your taste buds, and there are also a variety of free samples from which to select. Many people simply walk around with a plate of food, but there is also a large area of tables and chairs where you can rest your weary feet.

If you think that the Taste of Tacoma is merely an event meant to satisfy your hunger, think again. I don't know how big this event was when it began in the mid '80s, but it is turning into a full-blown fair. Look out Puyallup! There were rides for both adults and children, including some that the whole family can enjoy together. There was also quite an array of booths. Feeling a bit tight in the shoulders? Get a massage. Feeling like trying something new? Get a temporary tattoo. Need some art for your walls at home? Buy a framed photograph or an original painting. Sun a bit too bright? Buy some sunglasses. There were also three bandstands with non-stop entertainment, and a comedy stage for those wanting their funny bone tickled.

When you enter Point Defiance Park, there is large grassy bowl to the left of the drive. This was where the largest of the three bandstands was located and was sponsored by 96.5 FM, The Point. This bandstand had concerts beginning on the half hour, lasting for 40 minutes. The concerts began at 12:30 each day, and lasted until 8:10 on Friday and Saturday and until 7:10 on Sunday. Over the course of the Taste of Tacoma, twenty-three bands played on this stage--almost 60 bands played during the entire event on all stages. Occasionally, you'd see one or two individuals letting their hair down and doing a little dancing during the performances. Most people, however, just laid back and enjoyed the music. I think it was a bit too hot for most folks to be exerting themselves if they didn't have to be. A little farther along the main drive, also to the left, was another bandstand, sponsored by Click Cable Network and KISS 106.1. This was also a fairly large area, able to seat several hundred people on the grass. This bandstand had concerts beginning on the hour and also lasting for 40 minutes. The schedule was similar to The Point bandstand. On the other side of the drive, in the area where the food and some of the booths were located, was a small bandstand with chairs for a small audience. This bandstand was sponsored by Mortgage Market and 94.1, KMPS. The concerts on this stage lasted two to two-and-a-half hours each and focused on the country music genre.

Speaking of sun, Friday and Saturday, the weather was quite toasty for the Puget Sound area, reaching into the 90's. On Sunday, after the thunder storm and a bit of rain, things turned very pleasant. The sweating was over. Partly cloudy, a bit of sun peaking through, and a comfortable breeze. Perfect weather for the biggest crowd of the event. The total attendance for the Taste is estimated at 225,000.

If you like watching people, 225,000 is a pretty good selection. There were all shapes, sizes, and colors. The most common pairing was simply a couple friends hanging out together. Another typical sight was an entire family, complete with baby stroller and dog. I even saw a 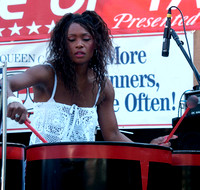 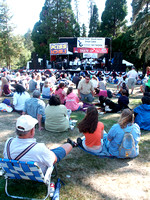 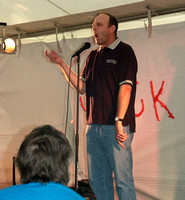 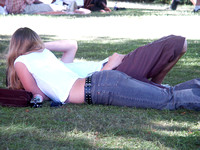 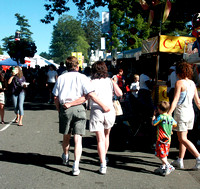 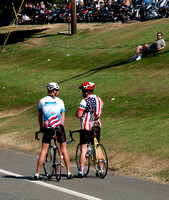 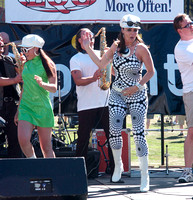 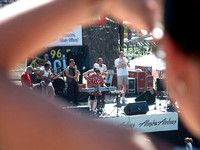 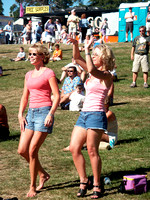 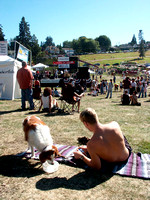 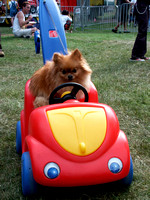 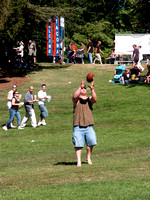 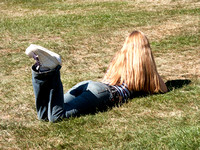 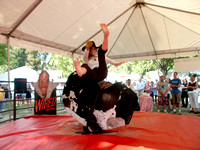 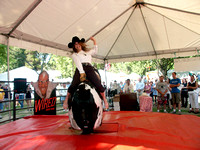